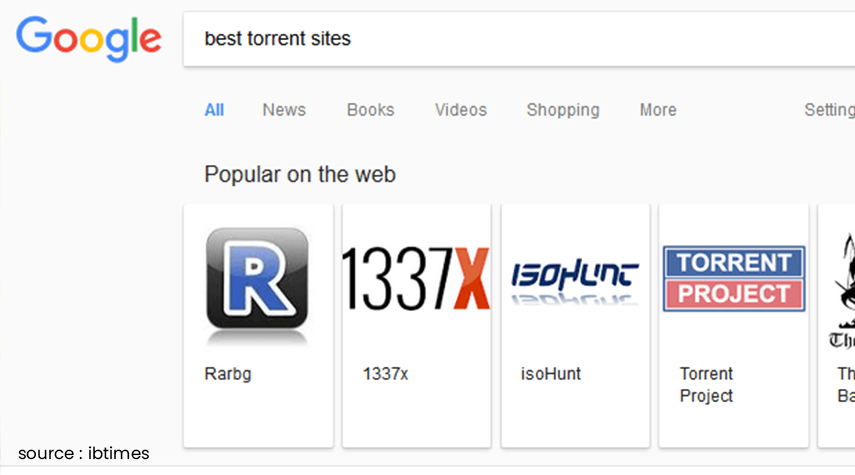 We all know that in the entertainment sector, piracy is inescapable. But the entertainment business has long fought it. There are still cautions that individuals who replicate a movie or a series will be severely punished.

Piracy dilutes the efforts of those who create movies. But Google is a search engine that constantly attempts to remove undesirable and immoral qualities. So Google takes additional care not to distribute illegal material and be liked by various entertainment sites. This is where Google Pirate comes in.

But what is Google Pirate, and how is it tackling the situation of showing pirated sites in the results?

Google’s algorithms are continually changing to target various web elements and make it simpler for consumers to find great information. Google will now punish any website that it deems to be conducting or encouraging piracy. Google wanted to penalise websites that violated copyright laws.

The penalty is lowering a website’s ranking in Google’s search results. This would be a severe hit to the impacted websites. Every website on the internet wants to be at the top of the search engine results pages. That’s why SEO is so essential since it creates organic traffic.

When Google discovers an unlawful website, it lowers its ranks or sometimes bans it outright. Google then rewards websites that follow Google’s content and design requirements.

The Pirate algorithm’s most typical result is this. Google had two things in mind when it made its algorithm upgrade. The first was to locate websites with multiple copyright infringements, and the second was to devalue them.

This resulted in a considerable loss of traffic. Some sites lost almost 96% of their organic search traffic. That was a significant loss! But there’s a hack. The branded names of these sites selling pirated material may still be seen in Google search results.

However, a comprehensive search such as ‘watch XYZ movie online’ would provide no results. As a result, you should be able to narrow down your search or know the exact URL of the site you desire.

Read Here– Best Mobile Under 15000 For Flaunting Your Style Effortlessly

That’s the DMCA penalty. The Digital Millennium Copy Act (DMCA) was signed into law by former President Bill Clinton in October 1998. Producing and distributing anything protected by Digital Rights Management was a crime under this statute. This rule was strengthened when Google modified their algorithm and introduced Pirate.

Many smaller sites offer pirated material that is not subject to Google’s algorithm or DMCA takedown orders. In reality, they are still running and making a profit. Smaller sites have significantly profited from the demise of the pirate giants.

Due to the prohibition on several major websites, consumers increasingly browse lesser websites that still provide the newest movies and TV shows.

Websites that own their material know that Google has no authority to assess whether its copyright has been infringed once it is permitted. Thus, Google’s Pirate algorithm may only penalise particular websites’ page ranks but not altogether remove them off the internet.

Google may even delete an entire website from search results if it gets a legitimate copyright infringement notification. It is up to the rightful owner to ask Google to remove anything. But Google takes takedown requests seriously. Google no longer publishes or promotes stolen material. So it can’t delete anything from the internet.

When Google gets a takedown request from the content’s legitimate owner, it immediately removes the URL from its index. Google receives over a million takedown requests every day. Google handles them all.