Everything We Know About Succession Season 4 So Far! 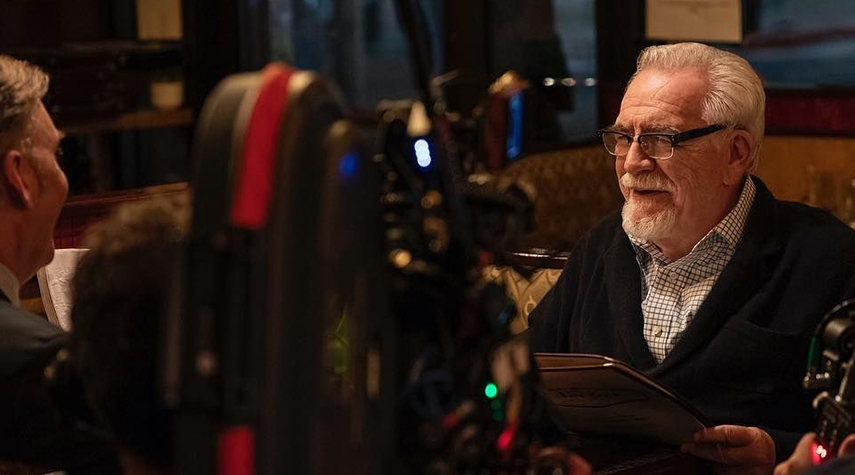 The fourth season of Succession is almost here, and by all indications, the reunion of television’s most dysfunctional family will be even more explosive than a Japanese rocket launch that was planned by Roman Roy. The fictitious version of the Murdoch media empire that was created by the showrunner Jesse Armstrong is intense, dramatic, and often amusing.

Succession combines humor and drama in ways that are seldom seen on film. The third season of the series, which premiered in October 2021, continues to demonstrate why Succession is considered to be one of the greatest dramas currently airing on HBO Max. HBO had already given the green light for the fourth season of Succession before the third season had even finished airing, and we can’t wait to see how the following episodes of the series will wrap up the loose ends left by the startling cliffhanger that occurred in the third season.

You will find everything we know about Succession season 4 so far in this article. This includes information about the show’s returning cast members, its release timetable, verified storylines, and several teaser trailers.

Succession season 4 will begin streaming on HBO in the spring of 2023, according to the network’s official announcement (that’s between March and June of the following year for our readers in Australia). This release date window was released in conjunction with the first full-length trailer for the next season.

Given how long it takes to film each season, we do not anticipate the fourth season of Succession arriving any sooner than March of 2023 at the earliest. HBO executive Casey Bloys informed Deadline before the aforementioned release window announcement – that the whole season will have broadcast in time for next year’s Emmy eligibility deadline. As a result, the latest we anticipate seeing the show return is May 2023. (May 2023).

As is customary, viewers in the United States will be able to watch Succession season 4 through streaming on HBO Max, while viewers in the United Kingdom will have access to the show via Sky Atlantic and Now. European fans may also be able to watch Succession, owing to the continuous expansion of Warner Bros. Discovery platforms throughout the continent. However, this will depend on the film’s release date.

Read Here: Everything About The Latest Elden Ring Update!

As far as which members of the cast will be coming back for the fourth season of Succession, HBO has made it official and stated that Brian Cox, Jeremy Strong, Sarah Snook, Kieran Culkin, Alan Ruck, Matthew Macfadyen, Nicholas Braun, and J. Smith-Cameron will all be playing their respective roles again.

In June 2022, it was revealed to the public that they would be appearing in fresh episodes, which did not come as much of a shock to anybody. After all, the drama of Succession is entirely dependent on exploring the convoluted ties between the members of its primary Roy family, and subsequent episodes would struggle to sustain the series’ gripping tensions should even one member quit the battlefield.

Willa (Justine Lupe), played by Justine Lupe, and Stewy (Arian Moayed), played by Arian Moayed, will both be back for the fourth season of Succession, and James Cromwell, who plays Ewan, is anticipated to also play the part again.

Even though many of these individuals don’t have any direct bearing on the answer to the central mystery of the show – who will take over Logan Roy’s media empire – the show would not be the same without them. Almost all of them maintain extremely specific links with various members of the Roy family, and these connections provide light on the show’s primary characters’ driving forces; as a result, these connections are critical components of the Succession puzzle.

The same applies to Alexander Skarsgård’s tech entrepreneur Lukas Matsson. After the third season, Logan Roy – in a move that surprised his children – seemed to reach a deal with Matsson to cede control of Waystar Royco in return for a financial settlement. It should come as no surprise that Alexander Skarsgard will be appearing in upcoming episodes of Succession given the fact that this choice is quite likely to play a pivotal role in the storyline of the fourth season.

The likelihood of Adrien Brody returning to the show to reprise his role as billionaire investor Josh Aaronson, which he played for a short time in season 3, seems less certain. Aaronson served as the vehicle via which the showrunners of Succession attempted to cast doubt on Logan’s ability to perform his duties as an old CEO. After accomplishing that goal, it is difficult to see where Brody might take the character from here.

However, even if Brody does not reprise his role as Aaronson in season 4, we wouldn’t be shocked to see more A-list actors appear in the show’s boardrooms in the role of new characters. HBO has said unequivocally that “more cast [members are scheduled] to be revealed” very shortly.

Read Here: Everything To Know About High Rise Invasion Season 2

After the fallout of Kendall’s betrayal and Logan’s go-for-broke quest for revenge in the second season of Succession, the episodes of the previous year placed the spotlight on each Roy sibling equally. This gave actors Jeremy Strong, Sarah Snook, and Kieran Culkin room to flex their (at times cringe-inducing) muscles. After Logan’s dramatic choice to embrace Matsson’s offer, which left the three siblings more unified against their father than they had ever been before, it seems that Season 4 will continue in the same spirit as the previous seasons.

The fact that Logan wants to give up his family’s leadership over Waystar Royco is naturally something that Kendall, Shiv, and Roman see as treacherous conduct. After three seasons of seeing the siblings argue with one another over who would make the greatest successor to their father’s business, it should come as no surprise that none of them want the firm to be taken over by someone who is not a member of their family. It seems expected that this clash will serve as the impetus for the storyline of Succession season 4. Other storylines are more difficult to decipher, but we can anticipate that Shiv and Tom’s unorthodox marriage will be brought back into the limelight after Tom abandoned his wife in return for Logan’s favor (there is so much treachery in this family!).

We do not yet know the entire extent of Tom’s participation in the switcheroo, nor how much of a role Greg had in alerting Logan to his children’s intentions of ruining the transaction with Matsson. At the very least, that is what the cliffhanger end of season 3 wants us to think.